Posted by TennisNews.com on February 19, 2016 in Business News 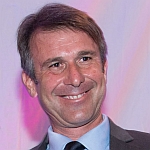 Lorenzo Beltrame, of Windermere, Florida, has been named PTR Professional of the Year.  This award is presented to the PTR Professional who has displayed the highest standards of conduct and service to both tennis and PTR.  Areas of consideration include service to PTR; participation in national, sectional or local tennis organizations; personal or student rankings/performance; exhibitions or speaking engagements; publication of articles; tournaments; coaching; tennis related volunteer/community service; and continued education.

Throughout his coaching career, Beltrame has worked with dozens of ATP and WTA

Since 1996, Beltrame has served as Director of Tennis and Athletic Performance Coaching at the Human Performance Institute, in Orlando, Florida.  Prior to joining HPI, he was responsible for developing and running high performance programs at Club Ambrosiano, one of the most prestigious clubs in Milan, Italy.

Beltrame, who specializes in both team and individual applications, is responsible for the Mental Toughness Certification Program at the Human Performance Institute and has helped to design and implement critical components of that training.

Beltrame is a registered coach of the WTA Tour, holds both USPTA Master Professional and PTR Professional certifications, and is certified as Maestro by the Italian Tennis Federation.  He is also an ACE certified personal trainer, and a USTA specialist in competitive player development.  He was awarded the Coach of the Year and “Doc” Counsilman Science Award by the United States Olympic Committee.