Posted by TennisNews.com on February 10, 2016 in Business News 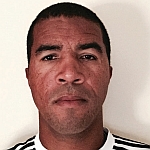 Professional Tennis Registry (PTR) will present its annual awards next week during the 2016 PTR International Tennis Symposium.  The event, which includes more than 40 educational presentations for tennis teachers and coaches, will be held February 17-20 on Hilton Head Island, South Carolina.

Clayton Almeida has been named PTR Male Player of the Year.  A PTR Master of Tennis – Performance, he is also a certified Professional in Adult Development.  The Brazilian born Almeida lives in West Palm Beach, Florida, where he serves as Head Pro at Mayacoo Lakes Country Club, and summers in Southampton, New York, where he is Head Pro and Director of Junior and Adult Tennis Program at Meadow Club.

In 2012, Almeida was inducted to the Winthrop University Hall of Fame.  As a freshman playing #1, he was the first Winthrop tennis player ever to have a perfect season (23-0), and ended his college career with an overall record of 115-27 at the Division I university.  Almeida was the first tennis player in the Big South Conference (and the first Winthrop athlete in all sports) to be named Big South Player of the Year all four years, and he was named to the Big South All-Decade Team (2000-2009) in Singles and Doubles.

Currently ranked #1 in USTA 30s Singles, Almeida is the USTA National 30s Singles Champion for all surfaces – Hard Court, Clay Court and Grass Court.  He is ranked #5 in Doubles.  In 2014 and 2015, he won the PTR Championships Open Division in Singles and Doubles.