The WTA Is Studying Dubai And Doha Situation

Posted by TennisNews.com on February 24, 2016 in Tournament News 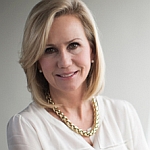 The WTA is looking at whether to keep allowing Dubai and Doha to alternate among each other for Premier and Premier 5 status.

Currently, the two events trade annually, with one taking the more prestigious, 64-draw Premier 5 status while the other is played at the 32-draw Premier status. For this season, Dubai is a Premier and this week’s event at Doha is a Premier 5.

However, WTA president Micky Lawler told the Gulf News that the WTA is holding meetings in the next few weeks to decide whether to carry on with this agreement or not. One consideration is the impact on the St. Petersburg event, a Premier which is played just before Dubai.

That could stand in the way of both Dubai and Doha being Premier 5 tournaments.

“You can’t have it ‘yes’ one year and no the next even though both tournaments are growing, growing and growing,” she said. “It’s hard when you are working with commitment schedules that keep on changing each year for each venue. It works if you’ve got no competition and the players just come to the Middle East and compete. But we’ve got a great event in St Petersburg just before Dubai and Doha.”

She indicated no conclusion had been reached, saying, “We don’t have all the right answers now and it’s kind of a good problem to have because there is so much of an interest in the WTA from many parts of the world.

“But we’ve got to end up with a calendar that is fair to the athletes and the tournament, because otherwise you don’t want St Petersburg, Dubai and Doha to invest major resources for nothing.”

Players are required to play four of the five Premier 5 events during a season.