Posted by TennisNews.com on February 25, 2016 in Business News 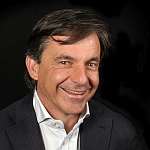 Former top professional tennis players Gigi Fernandez and Emilio Sanchez will be among the presenters at the 2016 Tennis Owners & Managers Conference in Miami March 23-25.

Fernandez, who was inducted into the International Tennis Hall of Fame in 2010, holds 17 Grand Slam doubles titles and is considered one of the sport’s best doubles players of all time. In addition to two Olympic gold medals in doubles, she also has 52 pro tour doubles titles and two singles titles. As a coach, Fernandez works with adults at a club in Connecticut and conducts “Master Doubles With Gigi” clinic throughout the country. At the Tennis Owners & Managers (T.O.M.) Conference, she’ll talk about how doubles can grow tennis businesses.

Emilio Sanchez was a former world No. 1-ranked doubles and No. 7-ranked singles player, who won doubles titles at the French and US Opens. After his pro career, he remained involved in tennis in Spain, including as a TV tennis commentator and as an organizer and director for a number of tennis events. He currently owns and operates Academia Sanchez-Casal, with locations in Barcelona and Naples, Fla., where he is dedicated to the development of young tennis players. He’ll discuss how a high-performance junior tennis program may benefit tennis facilities.

The third annual T.O.M. Conference, which is presented by the Tennis Industry Association (TIA), will bring together leading experts in facility management, programming and other key areas to provide vital information to grow tennis businesses and bring in more tennis players. The event will take place at the Hilton Miami Downtown, during the 2016 Miami Open pro tennis tournament. To register, visit TheTOMConference.com.