Posted by TennisNews.com on March 2, 2016 in Headline, Tennis News 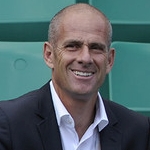 The President and the Federal Office confirm the appointment of Jeremy Botton to the position of General Manager of the FFT and appoint Guy Forget Tournament Director of Roland Garros.

The Federal Office of the French Tennis Federation, met this day at Roland Garros, has taken several decisions to ensure the sustainability of strategic projects of the Federation.

Jérémy Botton, who held the position of Associate Director General since 2009, has been confirmed general manager of the FFT. It will pilot the many projects launched by the FFT, and in particular the one concerning the new Roland Garros Stadium, vital for the French Tennis. To fulfill its new mission, it will build on the Teams of the Federation already in place. Jérémy Botton will continue in particular to work in close collaboration with Christophe Fagniez, in charge of the competitions and of international relations, as well as with Gilles Jourdan and Alain Riou, on the modernization of the Roland Garros Stadium.

Guy Forget, for him, been appointed Director of the tournament of Roland Garros. Leader with success the BNP Paribas Masters since 2012, it will bring its experience and expertise in the exercise of his new functions. The former captain of the team of France the Davis Cup (1999 to 2012) does not happen in unknown terrain since he is a member of the Steering Committee of the tournament of Roland Garros since 2011, in charge of the relationship with the players.

In addition, the Federal Office of the TFF wishes to recall its total support to the National Technical Director, Arnaud Di Pasquale, to carry out the new sport policy while the year 2016 is rich of important deadlines for the French Tennis with including the Davis Cup, the Fed Cup and the Olympic Games in Rio in August next year.

The Federal Office affirms its full confidence in the management team and employees of the Federation to successfully meet the various challenges that await the French Tennis Federation in the coming months.