Posted by TennisNews.com on March 22, 2016 in Tournament News 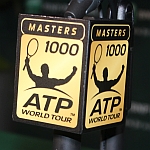 The Indian Wells event – along with the remainder of the Masters 1000 series – will remain a best-of-three-set affair as long as worldwide television calls the financial shots in the sport.

That’s the opinion of Indian Wells tournament director Raymond Moore, with the South African former player from the 1970s saying that the three-set finals format looks unlikely to change anytime in the future.

“A lot of what we do is dictated by television. TV won’t allow you that many hours to fill. Unless we change the TV ingredient. For example, we have four hours (for the men’s and women’s finals), prime time on ESPN.

“If you have a three-out-of-five-set match with the men it goes beyond four hours just on its own. The world has changed so much. We have become a society of little bites, quick bites on TV.”

He added: “I just wonder if, you know, four or five hours of a tennis match really does it; whereas I think two out of three sets, it’s exciting. You can capture the attention. People don’t get bored. I’m a tennis fanatic. Watching the guys play five sets down in Australia sometimes I leave in the fourth set and I come back in the fifth.

“I’m not sure exactly what the right formula is for tennis itself, never mind The Masters Series. I think The Masters Series have separated themselves from the other tournaments. I think that’s been a success for both the ATP and the WTA. I’m sitting on the fence whether five sets or not.”