Murray To Keep Mauresmo As Coach

Posted by TennisNews.com on December 18, 2015 in Tennis News 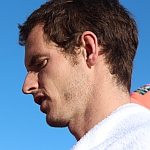 Andy Murray has said that he will continue with Amelie Mauresmo in 2016, but it is possible that he can also bring back Jonas Bjorkman.

The former coach Mauresmo stopped coaching in order to have her baby boy last August. But now she is ready to return to her player, Murray.

“We wanted to see how it would be for her when she came back into the team and she felt like it could work traveling with a child.

“Seems like that’s going to be good.  We’re not 100 percent sure yet, but the plan is for me to work with Amelie through next year,” said expectant father Murray.

Murray had a solid year, ending the season ranked No. 2. He won Munich, the ATP 1000s Madrid, Queens and the ATP 1000s Montreal, stopping No. 1 Novak Djokovic, which was big because he had lost to him eight times in a row. However, he didn’t win a major. Plus, the Serbian has out-fought him at the Australian Open, Indian Wells, Miami, Roland Garros, Shanghai and Paris/Bercy.

Clearly, Murray says that he has to improve. Perhaps Mauresmo will change him.