Posted by TennisNews.com on January 20, 2016 in Business News, College News 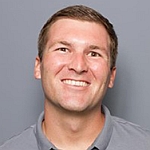 Chris Eriksson has been appointed as the Intercollegiate Tennis Association’s new Championships & Rankings Coordinator. A 2014 graduate of the University of New Mexico, Eriksson began his duties with the ITA on January 11.

“We’re thrilled about the addition of Chris to our Championships and Rankings team,” said ITA Director of Championships Cory Brooks. “His experience as a former college tennis player and the energy and enthusiasm he brings to work each day will be a huge asset for us moving forward.”

At the ITA, Eriksson will be the primary point person for the Oracle/ITA Collegiate Tennis Rankings. He will also assist Brooks in the ITA Competitive Department with preparations for the ITA’s various national and regional championships.

“First and foremost, I would like to thank Tim Russell, Erica Perkins Jasper and Cory Brooks, as well as the rest of the ITA team for granting me this opportunity,” said Eriksson. “The ITA has a reputation of excellence, and I am thrilled to be part of it. I have a strong passion for collegiate tennis and could not be more excited to be surrounded by people with the same mindset. I’m looking forward to getting started as the new rankings and championships coordinator.”

Prior to joining the ITA, Eriksson served as a volunteer assistant coach for the Lobos’ women’s tennis team, in addition to holding employment at the Lobo Tennis Club, where he ran private lessons, adult clinics, the junior academy and 10-and-under tennis. Following a stellar junior tennis career that saw him routinely ranked in the nation’s Top 100, Eriksson went on to play college tennis at St. Louis University, Eastern Washington University and New Mexico. He’s currently tied for fourth on the all-time single season doubles win list at Eastern Washington, and was a two-time member of the Big Sky All-Academic team.