Posted by TennisNews.com on November 17, 2015 in Tennis News 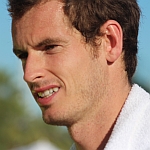 After boldly threatening a month ago to miss this week’s World Tour Finals so as not to compromise his Davis Cup finals preparation, Andy Murray has quickly come around to the suggestion that it is quite possible for a top-level player to compete well on both indoor hardcourt and clay in the space of a few weeks.

Murray, who won his opening match at the eight-man season wrap-up in London, is no longer moaning about the quick-change he will need after London ends at the weekend; his role as leader of the British Davis effort looms in Ghent, Belgium, a week from Friday.

The player who underwent 2013 back surgery complained that it takes him days to adjust from hardcourt to clay. But once he wrapped his head around the millions of dollars in fines – and a possible one-year ban from the ATP he could face for deliberately missing London – the Scot suddenly found a more positive outlook.

“If I didn’t play here, I would have gone three weeks without playing a match before the Davis Cup Final,” said the player striving for year-end world No. 2 status behind Novak Djokovic. “Obviously it’s a different surface here, but playing matches against the best players in the world is also fantastic preparation.

“I’ve totally changed my schedule and the way I’ve trained over the last two months, since our last Davis Cup tie, to make sure I am fresh for this part of the season. That hasn’t always been the case. Last year I came in probably not feeling my best after playing six weeks in a row.”

Murray is leading Britain into its first Davis Cup final since 1978; the last time Britain won the international team trophy was with Fred Perry onside three-quarters of a century or more ago.

Murray has been concentrating on rest in the closing stages of the 2015 ATP campaign. “I’ve only played two tournaments in the last six or seven weeks, seven or eight weeks really.

“I feel good just now. Hopefully I can perform well here and in Belgium. I believe that I’ve given myself the best chance to do that.”