Nestor Might Not Be Named To Canada’s Olympic Team

Nestor Might Not Be Named To Canada’s Olympic Team
December 6, 2015
Notice: Undefined variable: page_title in /home/tennisne/public_html/wp-content/themes/dante-child/single.php on line 205

Posted by TennisNews.com on December 6, 2015 in Tennis News 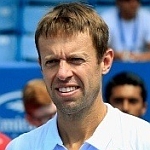 Canadian icon Daniel Nestor could be in danger of missing the summer Rio Olympics after the possibility was raised that the 43-year-old who has won the most of any man in the doubles game, might not make team selection as the younger generation moves into place.

The Toronto Star reported that Nestor, who has in the past teamed with young gun Vasek Pospisil, could be replaced by the currently coachless Milo Raonic who began his undercover lobbying campaign to be included months ago.

Nestor, winner of a record 88 titles in the team game, including the Cincinnati Masters, Dubai and Sydney in 2015, earned Olympic gold 15 years ago with Sébastien Lareau in Sydney. While the selection is far from a done deal, Tennis Canada is said to be listening to players wishes on the selection issue.

Pospisil, 25, suffered doubles slump last season after he and Jack Sock won Wimbledon 2014, But Pospisil is said to have opted to play with Raonic, whose doubles record is spotty as best as his singles heads south after a poor 2015 ATP season.

The Canadian stands just 20-24 over his entire doubles “career” and went 1-3 in the most recent campaign. Nestor stands 999-412 over a career which began in 1994. “If Milos is dialed in, which he should be because it’s the Olympics, we have a good shot,” Pospisil told the Star, adding that he and Raonic will try out a few ATP event in 2016 to see how they jell. “If we play poorly — ‘with no signs of hope’, he joked — then I may rethink it of course, but that’s the plan,” he said. Nestor understandably expressed disappointment.