Ticket Prices For IPTL New Delhi Have Increased This Year

Posted by TennisNews.com on December 6, 2015 in Business News 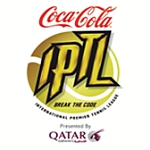 Next week’s IPTL stop in New Delhi will be something of an investment for tennis fans, with the cheapest tickets for the three-day competition starting at around $60.

Bettors who want the best seats in the house will fork over more than $700 for their place in the VIP section in the city of 10 million. Comparisons with prices at last year’s inaugural edition show prices are up on 2014, where bargain tickets were sold for $49 in the world most populous democracy.

There is a glimmer of hope for fans though, with tickets for the December 10-12 appointment in the exhibition series lasting all three days. The ties feature defending champion Indian Aces playing on all three days, with Roger Federer and Ana Ivanovic playing for the UAE and India fielding Rafael Nadal.