Posted by TennisNews.com on December 11, 2015 in Business News 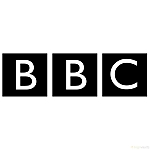 Tennis may be extremely high profile in Britain in the wake of first Davis Cup title in 79 years and Andy Murray second only to Wimbledon champion Novak Djokovic in the world rankings, but live coverage of the Australian Open final has become a victim of extensive financial cuts at the BBC (British Broadcasting Corporation).

Three weeks ago the BBC announced a £35?million (US$53 million) cut to its sports rights budget as part of a bid to plug a £150?million (US$228m) license-fee deficit. Regardless of the fact Murray, a favorite to win the prestigious BBC Sports Personality of the Year Award for the second time in three years in 10 days, Britain’s premier broadcaster has decided to end any live coverage of a Grand Slam away from Wimbledon.

The Daily Telegraph reported that the Australian Open will instead by shown exclusively live in Britain by Eurosport, which has held the contract for several years and has sublet the semi-finals and finals to the BBC on a shared basis.

Earlier this year, the BBC reported four million viewers got up very early in the morning to watch Murray lose to Djokovic in the final while two years previously the viewing figures were a million higher.

The BBC did not respond to requests for comment on the loss of the Australian Open, while Eurosport would only confirm it had the exclusive rights from next month.

However it is believed that next the BBC will announce an end of live coverage of the premier races in the Formula One calendar. The BBC currently shares coverage with Sky Sports, paying around £12?million (US$18.2m) a year in a deal which expires at the end of the 2018 season. Bernie Eccleston, chief executive of the Formula One Group, recently revealed he had turned down a request from the BBC to renegotiate the current deal.