IMG Gets Radwanska And Anderson From Lagardère

IMG Gets Radwanska And Anderson From Lagardère
December 17, 2015
Notice: Undefined variable: page_title in /home/tennisne/public_html/wp-content/themes/dante-child/single.php on line 205

Posted by TennisNews.com on December 17, 2015 in Business News, Headline 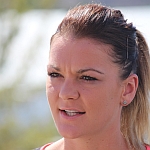 The exodus from Lagardère Unlimited took on new proportions as rival agency IMG announced that it was adding former Lagardère pros Agnieszka Radwanska and Kevin Anderson to its clients.

The two are following their agent, Stuart Duguid, in switching companies. The status of the previously large Lagardère  tennis division has been shaky since it dismissed lead agent John Tobias, which could have been prompted by the recent decisions for Victoria Azarenka and Eugenie Bouchard to also leave for IMG.

Since then, Andy Murray has also broken ties with Lagardère, which previously handled his marketing. A Lagardère employee left and joined Murray’s personal agency as part of the move. Caroline Wozniacki, also with Lagardère, appears to be deciding whether to stay with the agency.
For IMG, meanwhile, the two players represent the newest acquisitions in its expanding tennis division.