Posted by TennisNews.com on January 14, 2016 in Business News 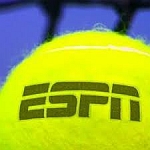 ESPN International has reached a five-year extension of its agreement with Tennis Australia for exclusive distribution rights in Latin America and the Caribbean of the Australian Open, the tennis season’s first Grand Slam event, it was announced today by Richard Heaselgrave, commercial director of Tennis Australia and Tim Bunnell, senior vice president of production, programming, marketing and advertising sales for ESPN International.  The agreement extends ESPN’s current distribution agreement through 2021.

Under terms of the extension, ESPN will continue to have exclusive pay television and digital distribution rights throughout Latin America and the Caribbean.  In addition, beginning in 2017, ESPN will have the distribution rights to several lead-up events to the Australian Open, including the Hopman Cup, World Tennis Challenge, Brisbane International and Apia International.  Also, ESPN will have the rights to select coverage of the Australian Open qualifiers, “Legends,” Juniors and Wheelchair events.

For the 2016 Australian Open, taking place from January 18 to 31, ESPN’s networks in Latin America and the Caribbean will present more than 130 live hours of coverage from start to finish, including the Men & Women’s final.  In addition, ESPN will stream approximately 1,400 hours of live televised court coverage on ESPN Play in Spanish-speaking Latin America and the Caribbean, and on WatchESPN in Brazil. ESPN.com and ESPN.com.br will also feature extensive news and information content around the event including live results, recaps, highlights and analysis.

“We are proud to be the home of the Australian Open across Latin America and the Caribbean,” said Tim Bunnell, senior vice president of production, programming, marketing and advertising sales for ESPN International. “For over 17 years, ESPN has been committed to showcasing the best of the tournament to fans with the most extensive coverage across multiple networks, and we are excited to extend our agreement with Tennis Australia. The Australian Open will continue to be a vital component of our Grand Slam’s coverage and other major tennis events scheduled throughout the year.”

“ESPN International’s expanded tennis coverage means fans can follow more Australian Open tennis in one place,” said Tennis Australia Commercial Director Richard Heaselgrave.  ”By extending our relationship to include some Australian Open lead-in tournaments, and creating off-court content for both digital and TV, we aim to engage tennis fans with exciting viewing experiences plus all the action of a Grand Slam.”

ESPN has carried the Australian Open in Latin America since 1998 and is the home of all four Grand Slams across the region.