Djokovic Voices His Opinion On The Match-Fixing Subject 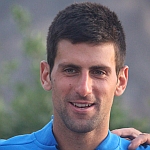 While the current match-fixing hysteria dominates the early days of the Australian Open, top seed Novak Djokovic remains unsure on the role that expanded online gambling might have in tennis. The No. 1 Serb is of two minds now that a gambling sponsor has become part of the Open commercial setup this year at Melbourne Park, marking the first time a gambling entity has advertise to the face of the Aussie tennis public.

“It’s a fine line. It’s on a borderline, I would say,” Djokovic said after moving through smoothly into the second round. “Whether you want to have betting companies involved in the big tournaments in our sport or not, it’s hard to say what’s right and what’s wrong.”

Djokovic believes that powerful commercial forces are behind the loosening of advert restrictions.