Posted by TennisNews.com on January 21, 2016 in Business News 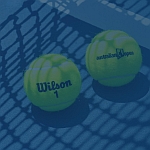 A statement from their director of security said that “partnerships between regulated and licensed betting operators like William Hill and sporting bodies are part of the solution to integrity issues, not part of the problem.

“We have comprehensive information sharing agreements to inform the sport’s integrity bodies.”

While ATP CEO Chris Kermode said “betting itself is not illegal” and some players like Stanislas Wawrinka have said they see no problem with the bookmaking presence at tournaments, others like Andy Murray do not want it questioned whether it was “hypocritical” as tournaments but not players can sign such deals. Novak Djokovic called it “borderline” and Roger Federer expressed reservations about such sponsorships.

However, none of that has affected Williams Hill, with its income rising sharply thanks to its association with the tournament in just the first two days. Figures released by the bookmaker said betting on the Australian Open tennis with it was up 80 percent from a year ago, including 300 percent in in-match gambling.

The tournament is said to have signed a deal worth AU$5 million annually to be the official betting sponsor of the tournament.