Posted by TennisNews.com on January 26, 2016 in Business News 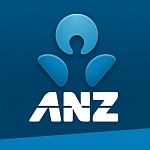 The bank ANZ is now putting its most significant marketing investment into tennis, going from a minor Australian Open sponsorship to a having a big tournament presence in the region.

It is now an associate sponsor of the Australian Open, in a deal said to be AU$7 million annually, in addition to its partnership with the Shanghai 1000 Masters and Novak Djokovic.

“Across Asia we’re looking at a broadcast reach of 250 million through the tennis as a cumulative audience number. It’s a significant reach for our brand; on that basis the investment is certainly warranted,” the company’s marketing general manager, Louise Eyres, told AdWeek.

The bank has used tennis in its charitable campaigns, particularly on social media. This year, it has launched a campaign with Djokovic donating AU$2 for every photo posted as part of the campaign to World Vision, up to a maximum of AU$100,000.

“The campaign has reached more than 10 million people in the first week and the video has had more than a million views, so this is tracking to be our most successful social activation to date,” she said.

It is also running a Hot Shots program in Australia, showcased at the Australian Open, as well as in China, linked to the event at Shanghai. The program, which encourages children to participate in the sport, has seen a 41 percent annual increase in participation.

“It’s a strategic partnership and strategic friendship that brings those events closer together, which gives ANZ a comprehensive program of tennis,” she said.

The company also donates to the tennis federation of the Solomon Islands.