Posted by TennisNews.com on October 1, 2015 in Headline, Tennis News 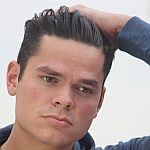 Milos Raonic concluded a troubled year, that saw him forced into two long absences from action because of foot and back problems and slipping out of the top ten by announcing he had ended his two years long partnership with coach Ivan Ljubicic.

It is understood that 24 year-old Raonic, currently placed world no.14 after sitting in fourth position back in May, has also fired his manager Austen Nunn, a former ATP World Tour staff member.

Speaking of Ljubicic, a former top 4 player himself, Raonic said: “The decision has been made that we will not continue our professional relationship in the coming year; we will remain close friends and I would like to wish him all the best in his future endeavors.”

Speaking in an Instagram post, Raonic added: “I’d like to thank Ivan Ljubicic for the tremendous amount of support, knowledge and understanding he has given me.”

A year ago Raonic qualified for the Barclays ATP World Tour Finals in London but after winning his only title of the year at the St. Petersburg Open towards the end of September, he contested only two more tournaments, the China Open in Beijing and the Shanghai Rolex Masters.

He said: “I have learned many important lessons throughout this year. Many of which I am sure will assist me in achieving my goals. I have plenty of challenges ahead and hard work that I look forward to thriving in … I believe I can make big strides towards my goals and to the ambitions I would like to fulfill.”

Raonic has set January’s Australian Open as his aim to attain top form again and he concluded: “I can’t wait to be back competing.”