Posted by TennisNews.com on November 17, 2015 in Headline, Tennis News 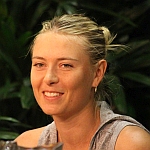 Sharapova feels it’s about time to put words to paper, with the five-time grand slam event champion working with a ghost writer on an autobiography to be released in 2017. The biggest earner in all of women’s sport advised news of the project on her Facebook page.

“Back in December, I walked out of a casual book meeting and got inspired to live through my journey on paper. A few of my written paragraphs went around publishing offices and I received the unexpected honor to work with Farrar, Straus and Giroux on my very first book, wrote the world No. 4.

“Those paragraphs took me a good four months to write which is exactly when I realized I might need to schedule some writer meetings, unless it would be okay to have a 2030 release date!”

With some writing help to hand, the Russian is working for a released date over more than a years  but less than two. “I’ll keep you updated on my progress but 2017 feels very reasonable now that I have professionals helping me.”

Sharapova said the book will feature stories of “all the interesting characters that have been so influential in my life.

“It’s amazing how many things I am learning and reliving while working on this book. Writing has been a passion of mine ever since I realized math was not my favorite subject, and it gave me a chance to express my feelings when I didn’t have many people to communicate to as a young girl.”

Sharapova will have to work the project in with her many other activities – including the most important one on court.

The businesswoman also has a sweets empire, Sugarpova, to run and juggles commitments to blue-ribbon sponsors including Porsche, Tag Heuer, Nike and HEAD among others.

In addition to the weekend Fed Cup final against the Czechs, Sharapova will also put in a few well-paid December days on the Asian IPTL exhibition circuit, competing for the Japan Warriors.