Will Federer Or Djokovic Be First To Reach Winnings Of $100 Million Prize Money In 2016?

Will Federer Or Djokovic Be First To Reach Winnings Of $100 Million Prize Money In 2016?
December 29, 2015
Notice: Undefined variable: page_title in /home/tennisne/public_html/wp-content/themes/dante-child/single.php on line 205

Posted by TennisNews.com on December 29, 2015 in Headline, Tennis News 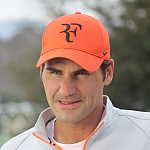 It will be all-go from next week in the prize-money race resumes on the ATP as Roger Federer and Novak Djokovic battle to reach the career $100 million mark. The figure is merely symbolic, though, with both elite aces earning many multiples of that heady amount over the years through rich sponsorship contracts, appearances and endorsements.

While the top players have moved well beyond the point of worrying over a million here or there, becoming the game’s first $100 million man still must hold some prestige for Federer and his junior rival from Serbia.

The 17-time grand slam event champion Swiss has earned $97.3 million through the end of the 2015 season while Djokovic is following closely on $94 million in career prize packets. Federer could break the barrier with a win at January’s Australian Open, worth $3.85 million to the winner.

Djokovic made major inroads in 2015 as he won 11 titles as surpassed $21 million in prize payouts alone. With inflation, the sums now banked by the best in the game make past standards looks pitiful: Rod Laver finished his career with a total of $1.5 million while John McEnroe claimed $12.5 million. Pete Sampras retired 13 years ago after winning $43 million.

Federer, the king of blue-ribbon sponsorships still ranked as only the fifth highest-earning sportsman in 2015 with his $58 million in endorsements.

Djokovic stood 13th ($31 million in endorsements), On the women’s side, No. 1 Serena Williams can count $74 million on court, but her commercial portfolio is dwarfed by that of popular Maria Sharapova, the world’s richest sportswoman by way of endorsements.