Posted by TennisNews.com on February 5, 2016 in Business News 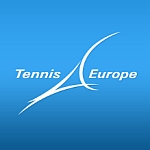 Tennis Europe and HEAD will celebrate ten years of cooperation after the two organizations announced a further two-year extension to their comprehensive partnership, due to last until the end of 2017. The Official Racquet, Tennis Ball and Tennis Bag partner of the European Federation since 2007, HEAD will maintain a strong focus on Tennis Europe’s junior activities.

HEAD balls will continue to be promoted as the Recommended Ball of the Tennis Europe Junior Tour, which marked its 25th anniversary in 2015. The Tour now consists of over 360 international events for players aged 12, 14 or 16 & Under, played in almost all of the organization’s 50 member nations.

HEAD will also continue in its role as Official Partner of the Tour’s most prestigious individual competitions, the European Junior Championships and Tennis Europe Junior Masters. Furthermore, it will extend its tenure as the presenting sponsor of the sport’s largest indoor team competition, the Tennis Europe Winter Cups, which is currently under way, and the summer 12 & Under team event, the Tennis Europe Nations Challenge.