Head To Stick With Sharapova

Posted by TennisNews.com on March 11, 2016 in Business News, Headline 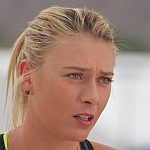 Sharapova’s racquet company, Head, has announced it is ready to maintain its association with Sharapova as she attempts to restore her reputation following an announcement that she tested positive for a banned substance.

“Head is proud to stand behind Maria, now and into the future and we intend to extend her contract. We look forward to working with her and to announcing new sponsorships in the weeks and months ahead.

“Maria may have made a mistake, but she has earned the benefit of the doubt and we are extending it to her,” company CEO John Eliasch said in a statement.

Though saying the company has a “strict anti-doping policy,” he said, “In the absence of any evidence of any intent by Maria of enhancing her performance or trying to gain an unfair advantage through the use of mildronate, we further conclude this falls into the category of ‘honest’ mistakes.

“We also know that for more than a decade, Maria Sharapova has been a role model and woman of integrity who has inspired millions of fans around the world to play and watch tennis. We look forward to many more years of working with Maria.”