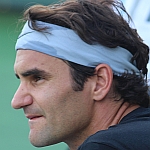 Roger Federer’s knee surgery has led to tournament withdrawals that could cost him more than $2 million in lost appearance fees.

Federer, who underwent arthroscopic surgery to repair a torn meniscus, will not play scheduled events at Rotterdam and Dubai. A few years ago, Rotterdam was said to have paid Federer $1 million for playing the event for the first time in several years, which he won. He returned the next year, falling in the quarterfinals, but then did not play the tournament two years until being scheduled to reappear this season.

Dubai, which has traditionally paid high appearance fees before scaling back in recent years, could be paying Federer even more, though the location is a convenient one as the player from Switzerland has a base in the Gulf state.

It is not known whether Federer’s agreements with the tournament would require him to give back all or some of the amounts he was supposed to receive, but appearance fees are usually not given unless the player does compete in the event.

The withdrawal is a big blow for the Rotterdam tournament, said tournament director Richard Krajicek. He said, “From my personal experience I can tell that the recovery after this surgery can take time.

“Obviously, receiving this information yesterday evening is a major setback for us, as it is for the fans looking forward to his presence.”

However, Krajicek has seen that even Federer’s planned participation had a significant effect for the tournament. Tickets for the final were completely sold out well in advance, and even scheduled practice dates led to an increase in sales. “In a tournament with no Federer we would be selling 104,000 tickets, with him we sell 116,000 tickets,” he told NOS at the beginning of the season.

But there was more than just a financial effect to having such a legendary player, he added, with “the opportunity to see him practice, compete” adding to the experience of the tournament.

However, it also had its costs. As tournament director, Krajicek also had the opportunity to get defending champion Stanislaw Wawrinka to return, but the amount spent on Federer restricted what was left to get others.

Nick Kyrgios has also withdrawn from Rotterdam, where David Goffin will be the top player. Novak Djokovic is the leading name at the Dubai event.