Federer To Retire? Not Now

Posted by TennisNews.com on November 3, 2015 in Headline, Tennis News 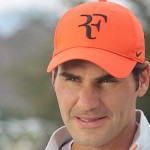 Clear-headed Roger Federer still feels he has an indefinite tennis future ahead of him at age 34 after returning to second in the world through a seventh weekend title at the Swiss Indoors. The long-lived  winner of a record 17 grand slam event titles has already got his 2016 season roughed out – the Rio Olympics and Wimbledon are huge priorities – and is currently working out the finer details of where to spend Christmas – the one in 2016, not next month.

I have a very clear plan how ’16 is going to be until December,” told the AP in his hometown of Basel. “That is the discussion I’m having with my wife right now. Are we going to be home for Christmas or not? Then ’17 is around the corner for me as well already. I’m thinking way ahead.”

Federer sees no reason why he would be retiring any time on the next two or three seasons – unless injury interrupts the well-choreographed planning for a player who owns six titles this season and 88 overall.

The Swiss says that when it finally does become time to hang up the racquet on a competitive level, he will hope to know. “I hope it’s going to come gradually and that I will know when the right time is – but I don’t want to think about it too much.

“If you get injured then it comes more slowly but the mind could all of a sudden go, , that’s it. Who knows? If there’s a thing with family that is just so much more important than playing tennis.”

He credits frequent breaks with his wife and two sets of twins during the year with helping to keep him mentally fresh and grounded. “That’s the goal with having the time off with the kids, with my wife.”